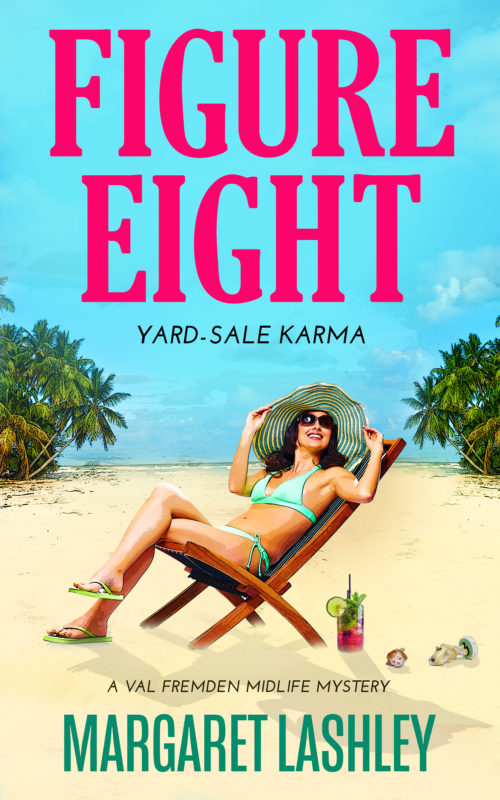 Val can’t solve all the world’s problems, so she’s settled on two: smashing every tacky figurine on the planet…and ridding the universe of her boyfriend’s hideous Barcalounger.

During a neighborhood yard sale, the fate of Tom’s beloved chair comes down to a wager. But what Val puts up as an ante proves hard to live without, and soon has her wrestling with the demons she keeps locked inside her closet – both literally and figuratively.

With an old nemesis breathing down her neck and an old friend missing in action, Val soon finds herself jonesing for more than mere justice.

Who’ll win the bet? Who’ll lose? And who in the world is Sir Albert Snoggles, III?

Come along for the ride as Val’s “Hammer of Justice” lays waste to atrocities of both the ceramic and non-ceramic kind, and the gang learns that when you mess around with Karma, just who ends up dealing the final blow is anybody’s guess.

If you love funny, hard-to-solve mysteries that put gaffs over gore and laughs over legalese, the Val Fremden Mystery Series is for you! Part Bridget Jones, part My Name is Earl, each book in the series is packed with crazy characters, zingy dialogue, hilarious similes and rip-roaring situational humor, making them a laugh a minute! Get ready for another wild ride in Figure Eight! It’s the eighth book in Margaret Lashley’s hilarious Val Fremden Mystery Series.

Order Now!
Endorsements
"Margaret Lashley is my favorite cozy book writer. She always gives the reader their money's worth."
"Plan your day around just enjoying every minute. Her characters are so vivid."
"I did not see the end coming. I was totally fooled the whole time."
"Just when I think she can't think of anything funnier for Val to do, she does!"
"I find the characters all extremely unique and entertaining. The author is very humorous and has a great imagination for storyline."
"If you want to kick back and laugh and maybe come away with a simple life lesson I highly recommend you take the journey with Val and her Pals."
"I really love these books. Val and her kooky pals reminds me of me and my friends, lol!"
"Hooked like a fish. OMG Margaret Lashley is the best! Val could be Stephanie Plum's double!! Phenomenal writing."
"If you like Janet Evanovich, you will love Margaret Lashley!"
Order Now 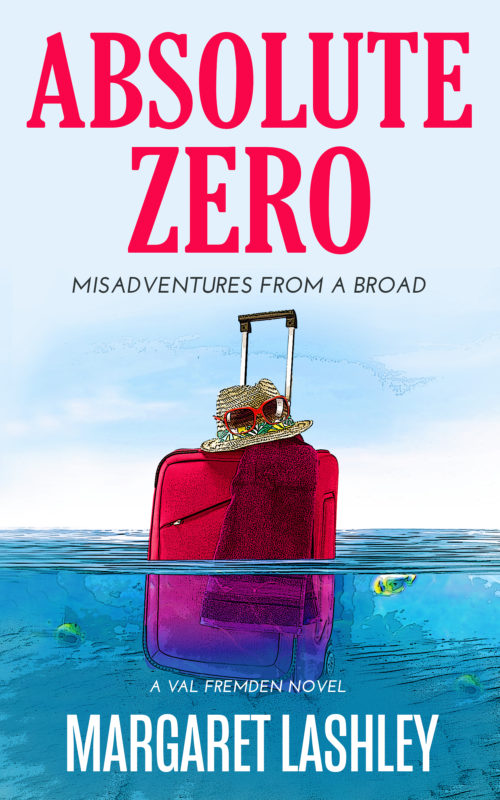 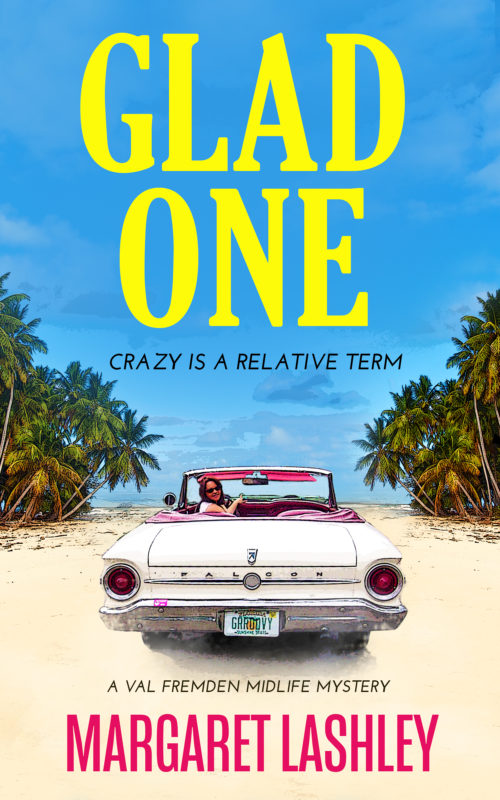 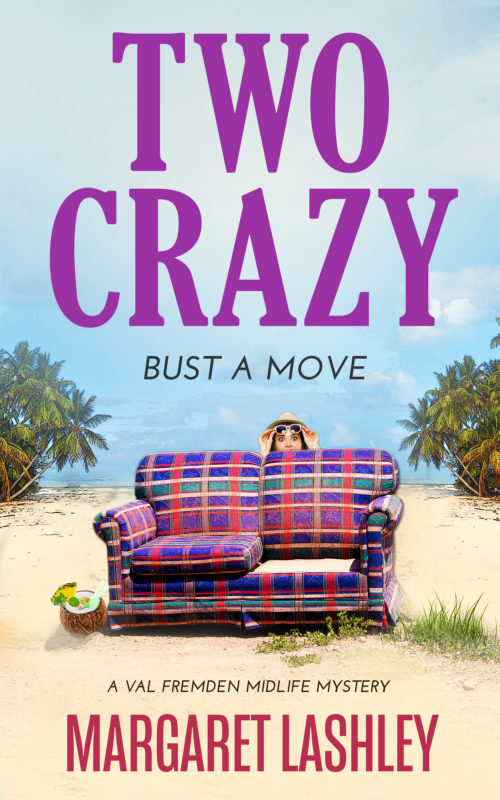 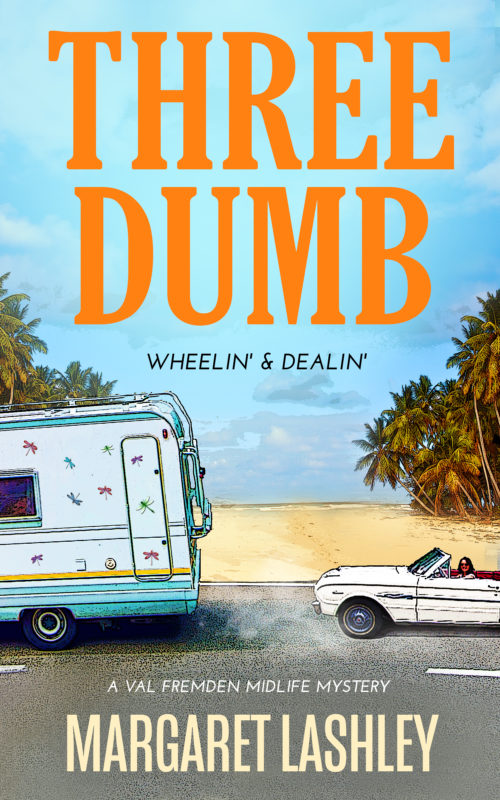 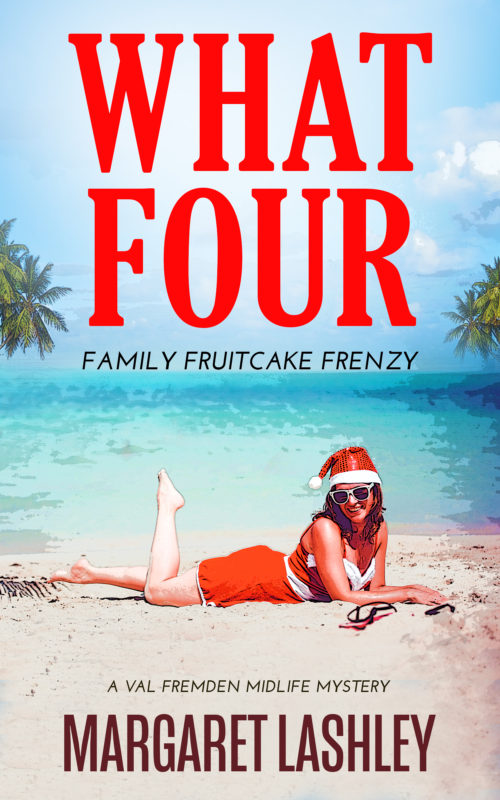 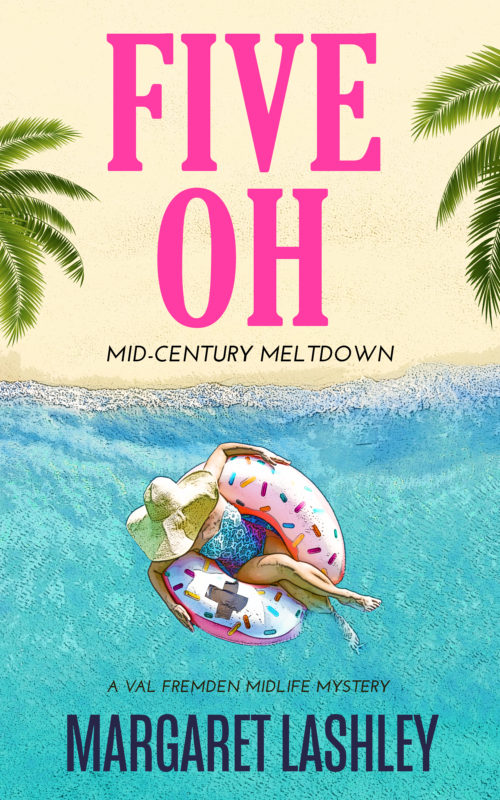 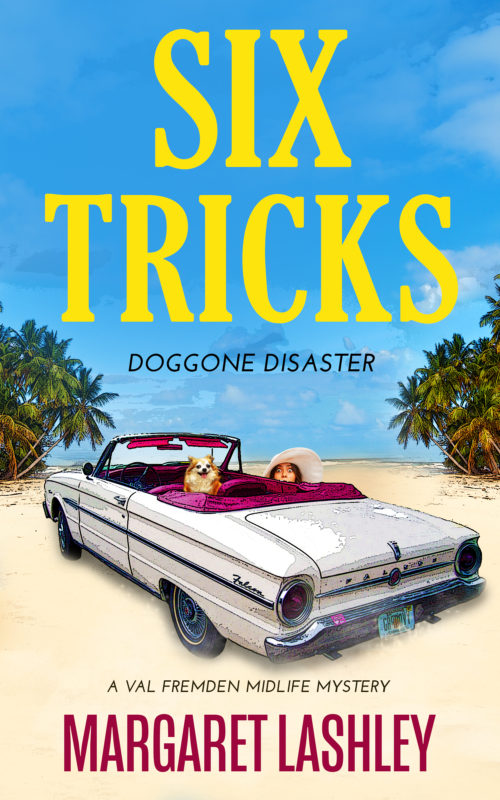 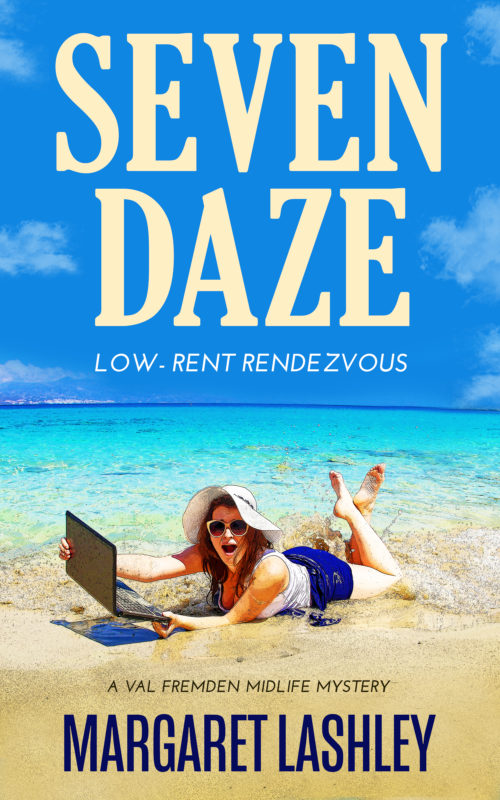 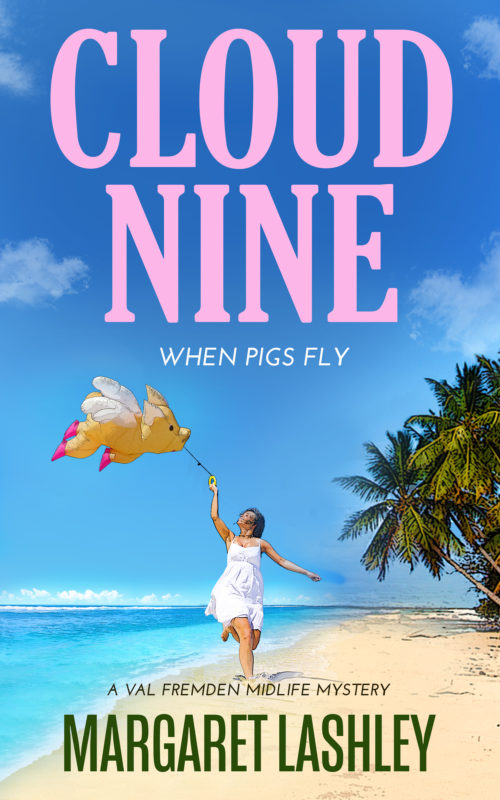 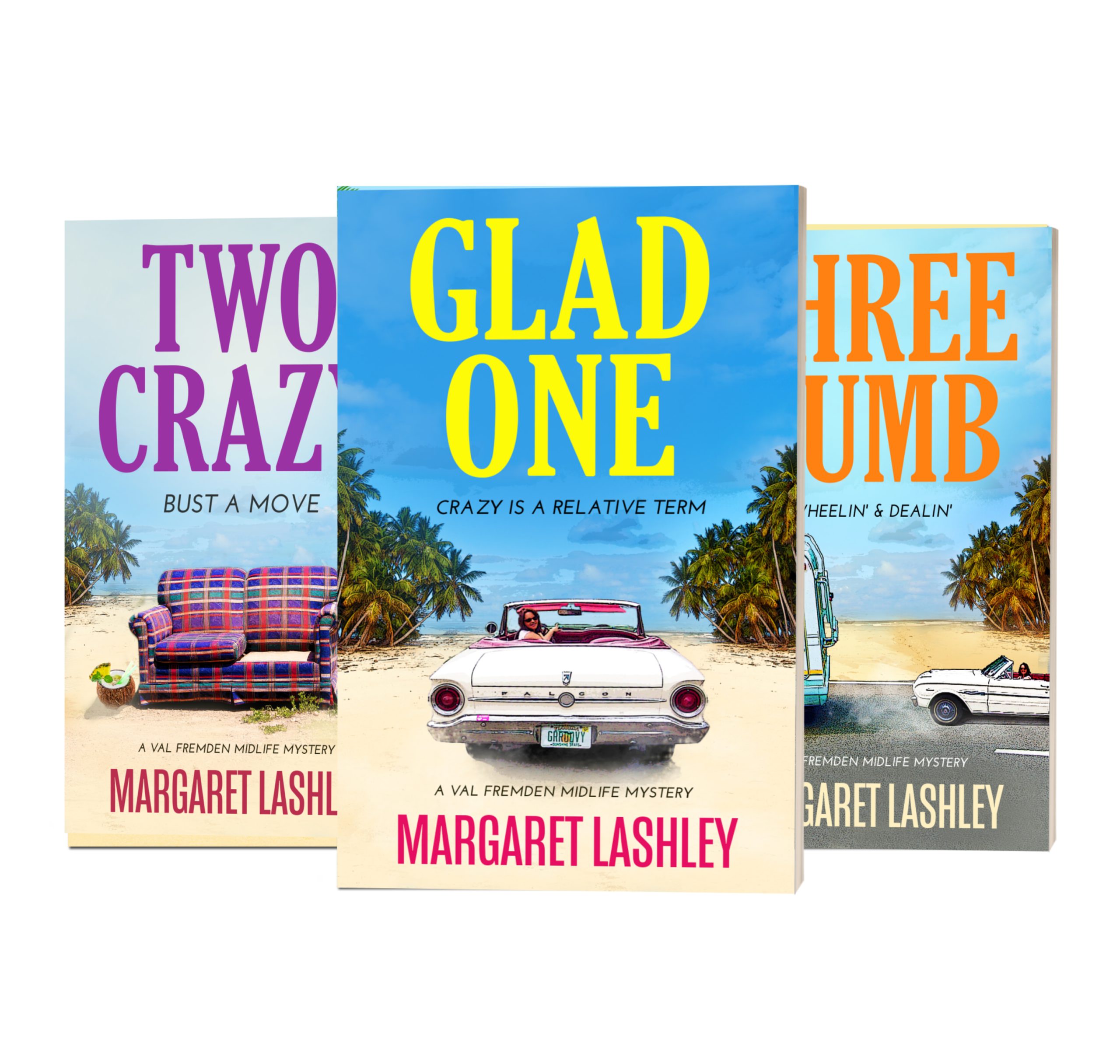 Box Set: Glad One, Two Crazy and Three Dumb
About the Book

Get your copy of Figure Eight today and discover what this coffee mug has to do with Val Fremden's current mystery!